4 Hikes in England and Scotland 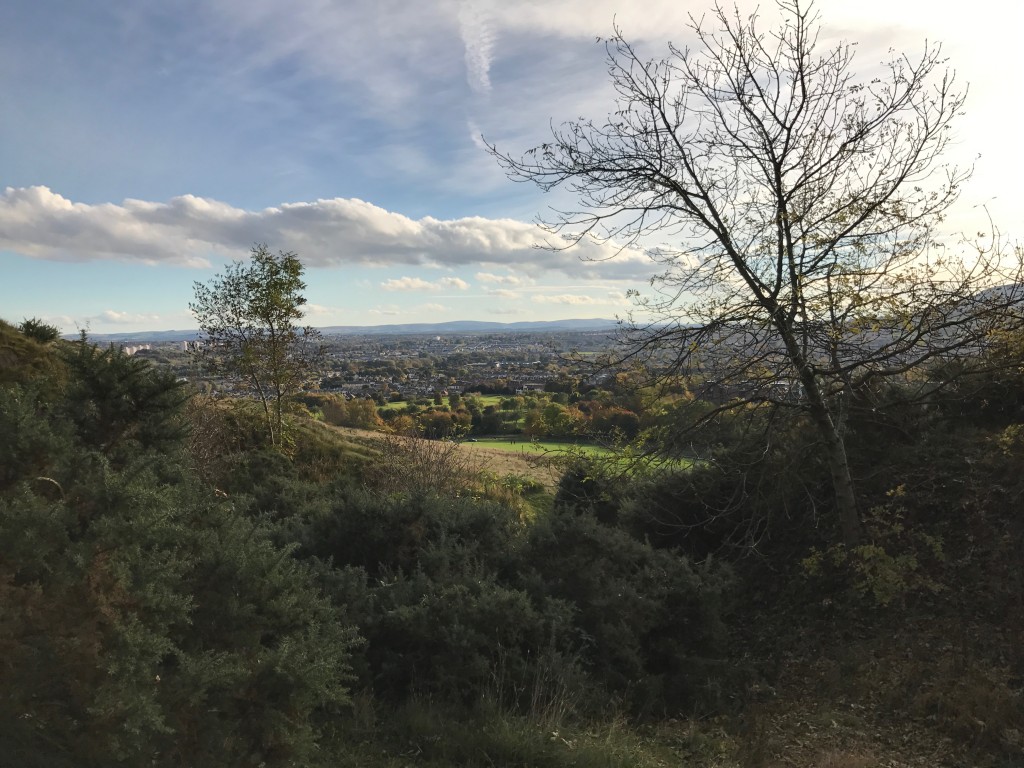 Normally our vacations are packed full of hikes, but this time we did a bit less on the hiking front. In part because we were driving around between locations but also because we spent some time in the large cities of London and Edinburgh. While there was no hiking, there was plenty of walking! Here are our 4 favorite walks from our fall trip to the U.K.
Pro tip: Scotland refers to “hikes” as “walks”. Even long, difficult hikes are referred to as “walks”. 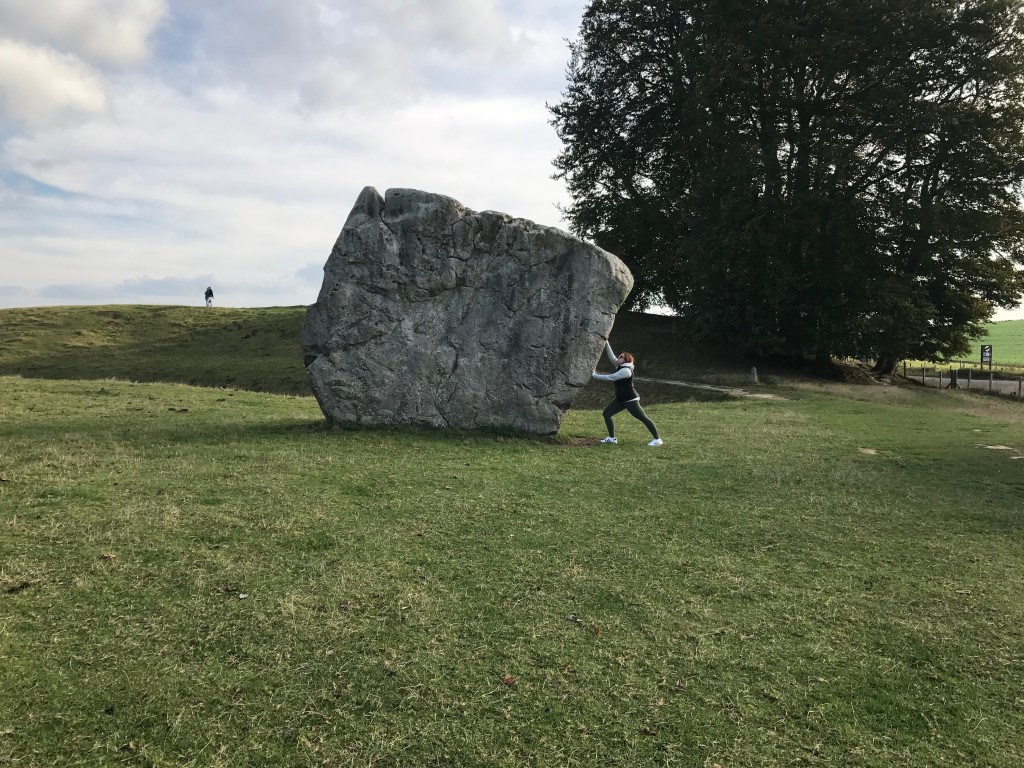 Avebury Stone Circle is a Neolithic circle much like Stonehenge, but 16 times the size. There are over 100 free stones to wander through which form a very long arc, taking you through pastures and a little town. If you follow all the way, you’ll cross over the road, and back over the trail. Make sure to go touch some of the stones and realize you’re touching someone’s handiwork from several millennia ago. On the way back to the car, stop off in the cafe to get dessert and say hello to the sheep wandering along the side of the trail.
We stopped here after visiting the more touristy Stonehenge. Stonehenge was incredible but the freedom and country town where Avebury is located is a much more relaxed experience.
Avebury is about 45 minutes from Stonehenge and is worth the quick jaunt over.  The parking lot isn’t very big, but you probably won’t need more than a couple hours at most.  The trail leaves the parking lot and heads into the village of Avebury. Once you reach Avebury, you’ll find a little gate on the right side that leads out into the field with the stones. 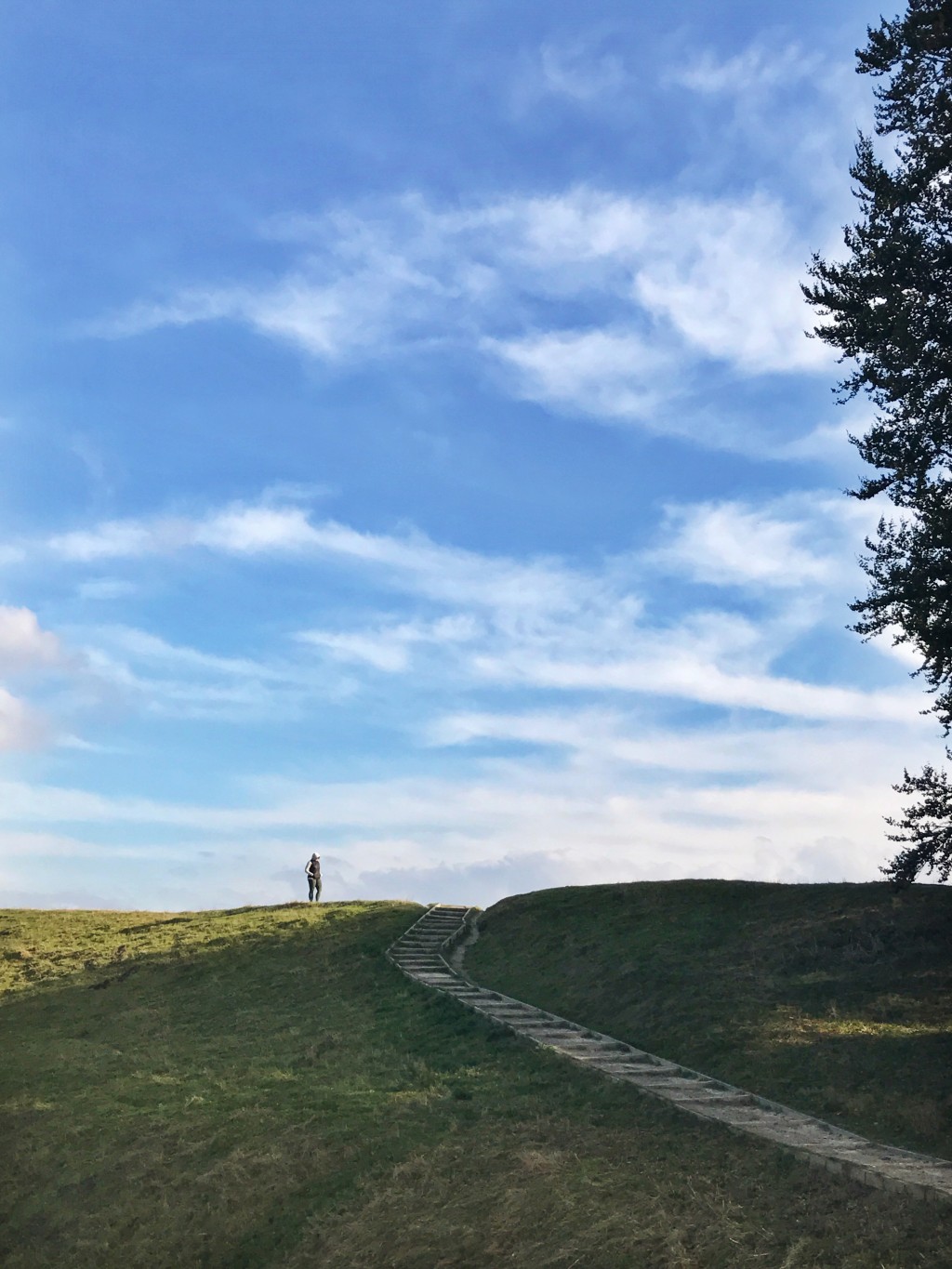 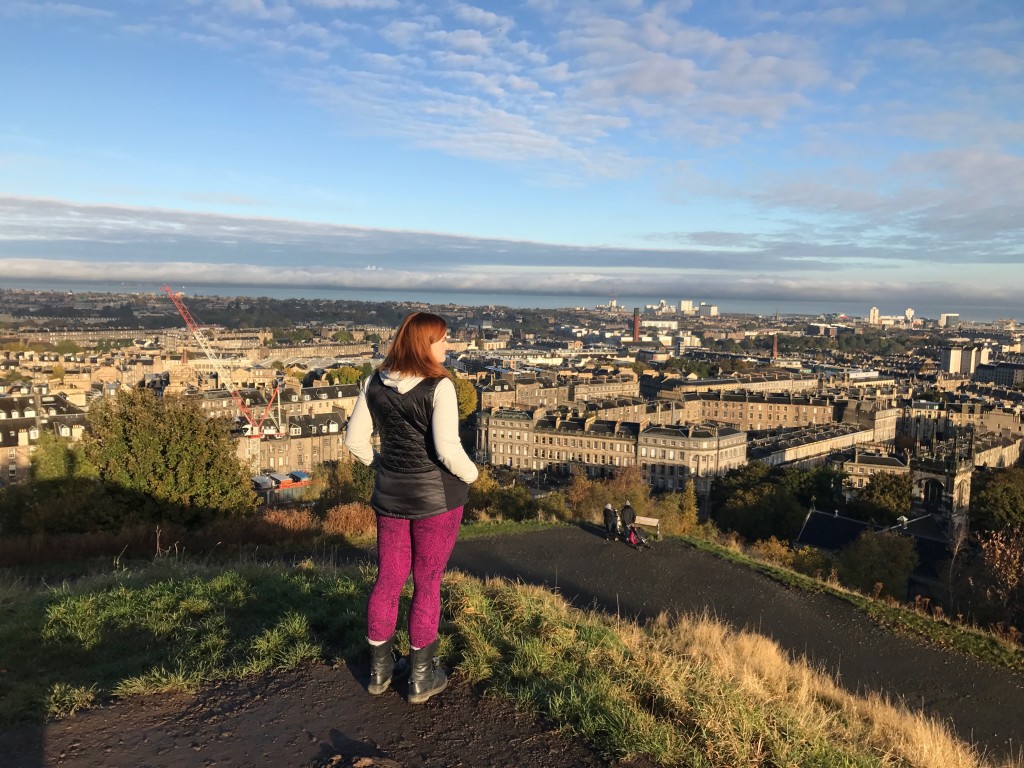 Compared to The Cobbler (more on that later), Calton Hill is a piece of cake.  It’s located just to the side of downtown Edinburgh. Our Airbnb was located on one side of Calton Hill, and the Royal Mile was on the other side, so instead of just going around, we went over.
It only takes ten or fifteen minutes to walk to the top, and once we were there, we could see the sun starting to come up over the city.  With the different monuments and buildings shining in the sunlight, it was a beautiful sight on a brisk morning. 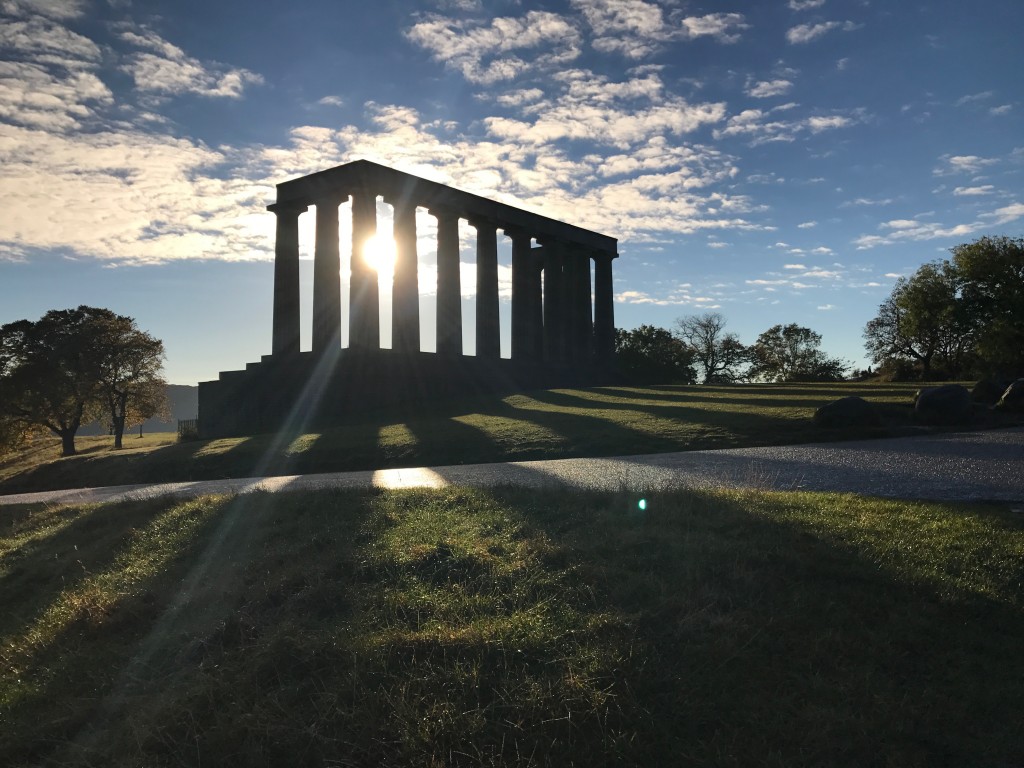 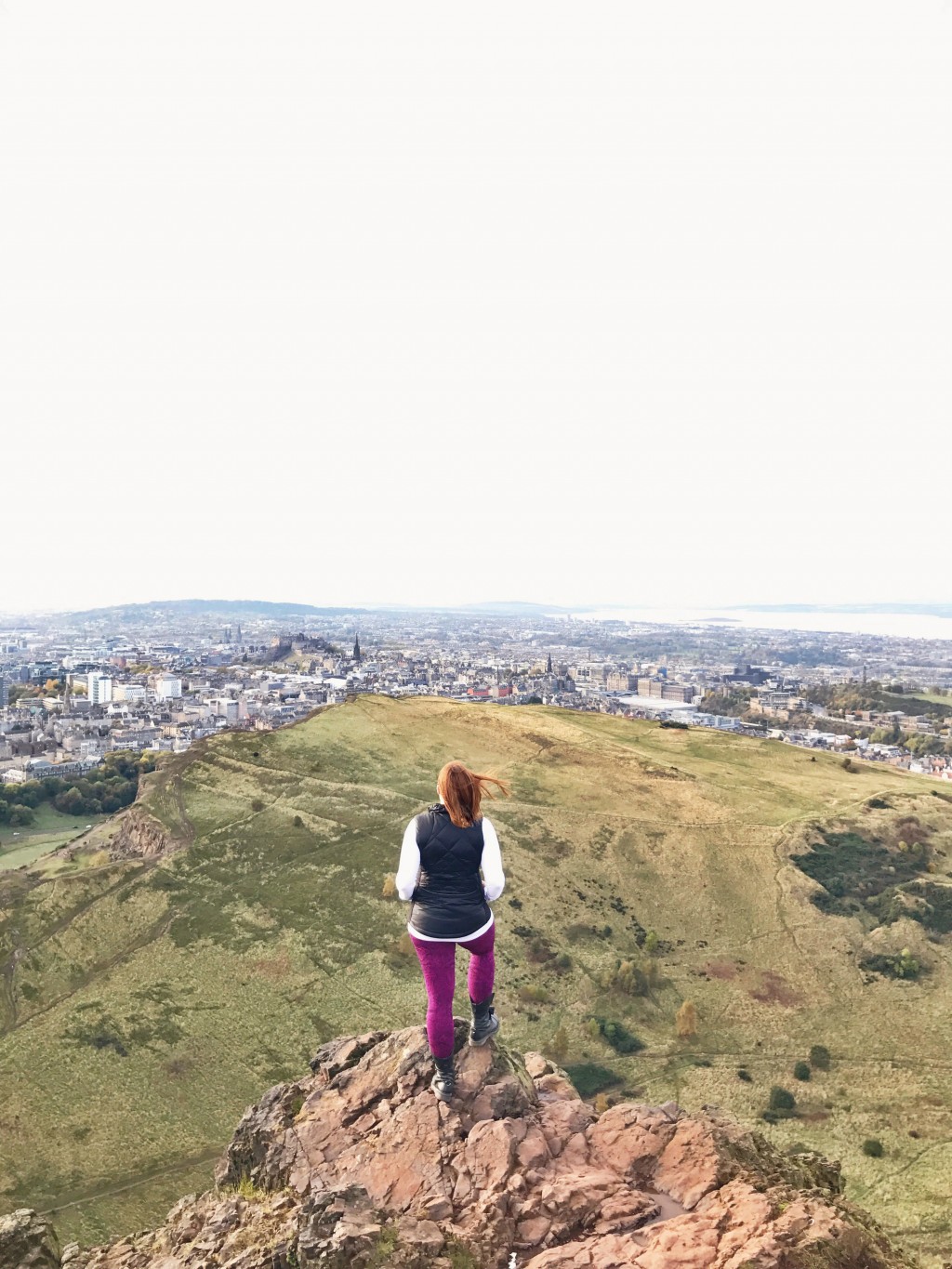 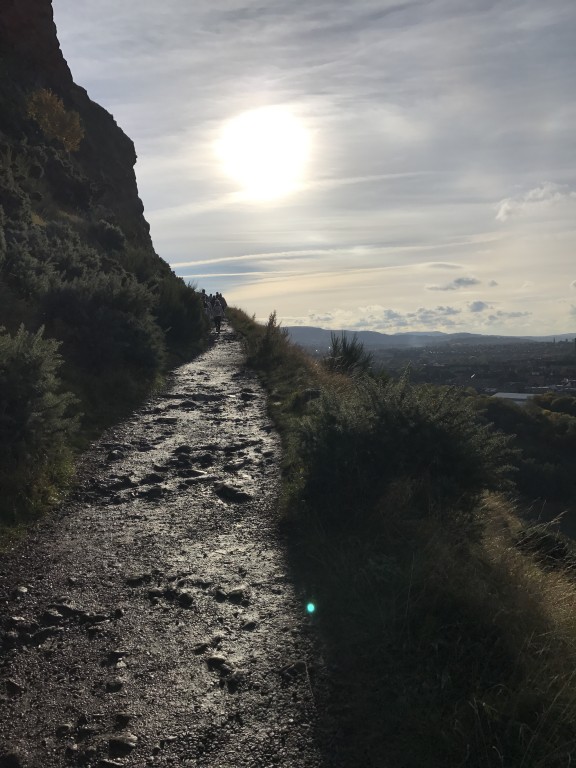 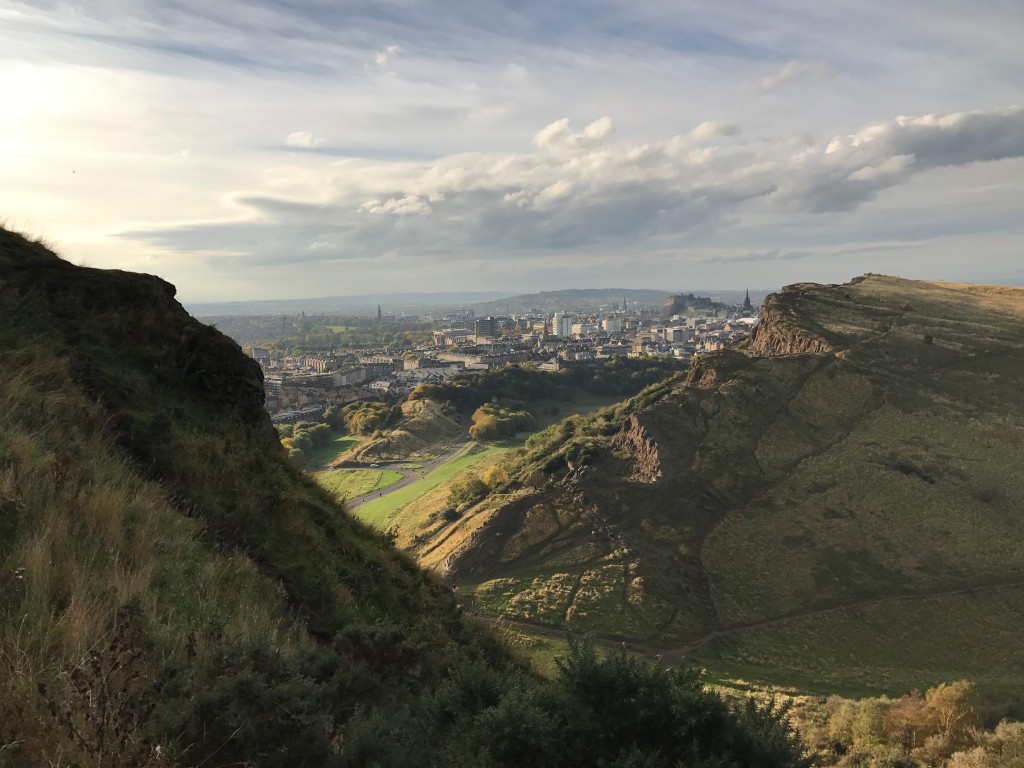 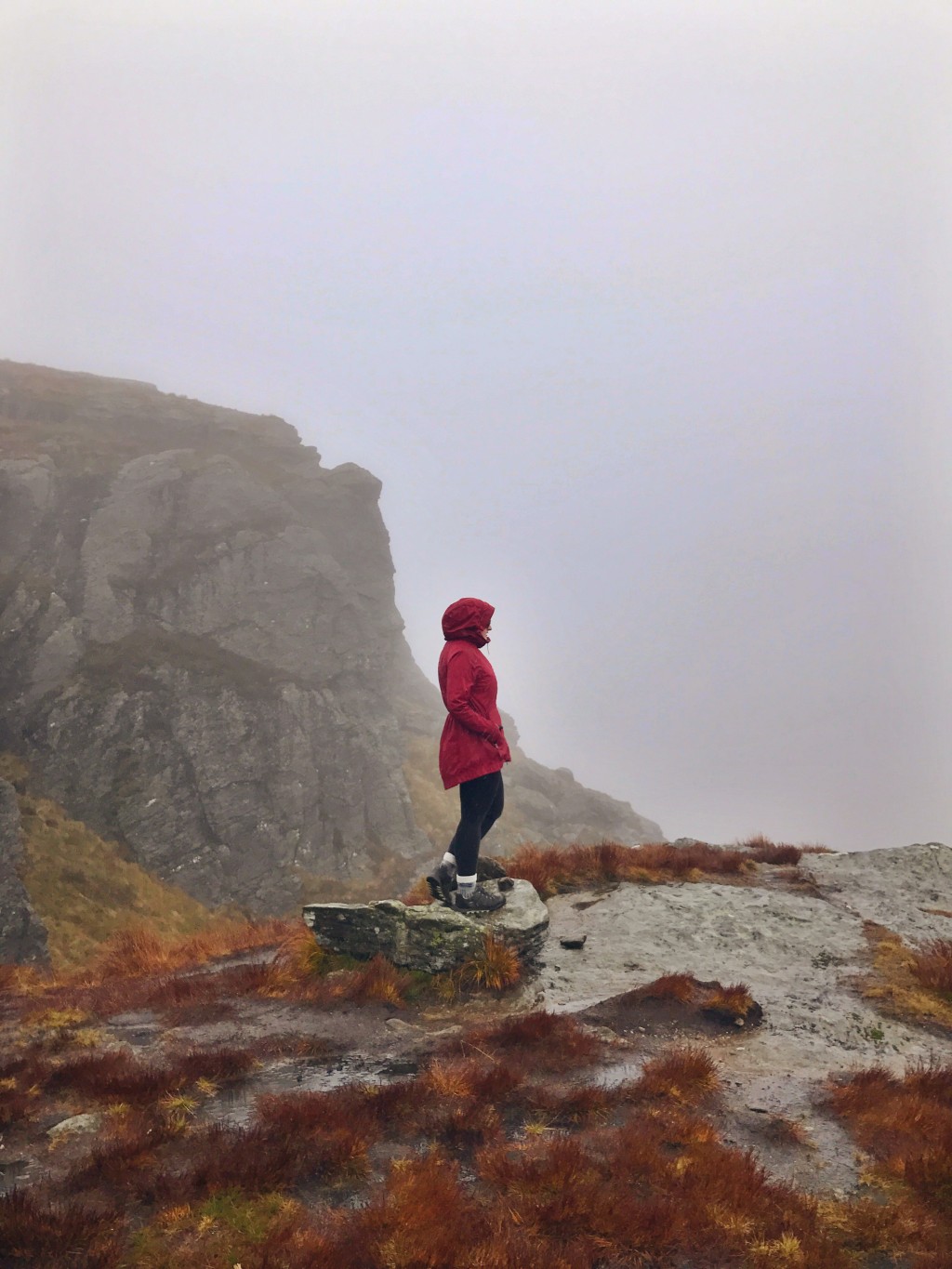 Also known as Ben Arthur, The Cobbler is one of the Corbetts in the southern Scottish Highlands.  The Corbetts are a series of fairly tall mountains in Great Britain, second only to the Munros. However, The Cobbler has been described as “one of the most impressive summits in the Southern Highlands.” There are actually three peaks that can be topped on a good day, though you have to “thread the needle” (climb through a hole in the rock wall) in order to get to the tallest of them.  All of the pictures that we saw of The Cobbler made it look like a beautiful walk. And all of that probably should have been a warning to us.
Unfortunately, Scotland has lots of rain (not unlike Seattle) and rain it did. We zipped up our rain jackets and started up the trail. And up and up. I should interject here that Jon told me this would only be a 5-mile hike roundtrip. As such we were prepared for a shorter hike. The thing about hiking to a summit, is that you have to hike uphill most of the way. About 1/3 of the way up, we popped out of the woods and could see The Cobbler up ahead. About halfway there, we stopped to have lunch, in the rain. About 3/4 of the way to the summit, the trail splits and you can decide to go up either the north or the south face. We chose the south face. At times, it turned out to be more scrambling and climbing than walking. This is where I should add that we were about 5-miles in on what was supposed to be a 5-mile roundtrip…
After what seemed an eternity of climbing on narrow steps and false ridges, we neared the plateau between the peaks. That’s when it hit us, quite literally. The wind. It was blowing, hard, and it was combined with the rain. It was not fun. At that point we decided we were high enough and took off down the north side. While we were drenched from head to toe in our rain gear we bumped into a lovely Scottish gent hiking in shorts who was a jolly old fellow. You would have thought we were hiking on a hot summer day! Thankfully, the north side was not a rock face, just a steep path that had lots of wind.  We were wet, cold, and not too happy. We were much happier once we hit the “flat” ground again.
This would be a great hike to do on a clear day, but in wind, rain, and cloudy weather, it may not be best for the fair-weather hiker. 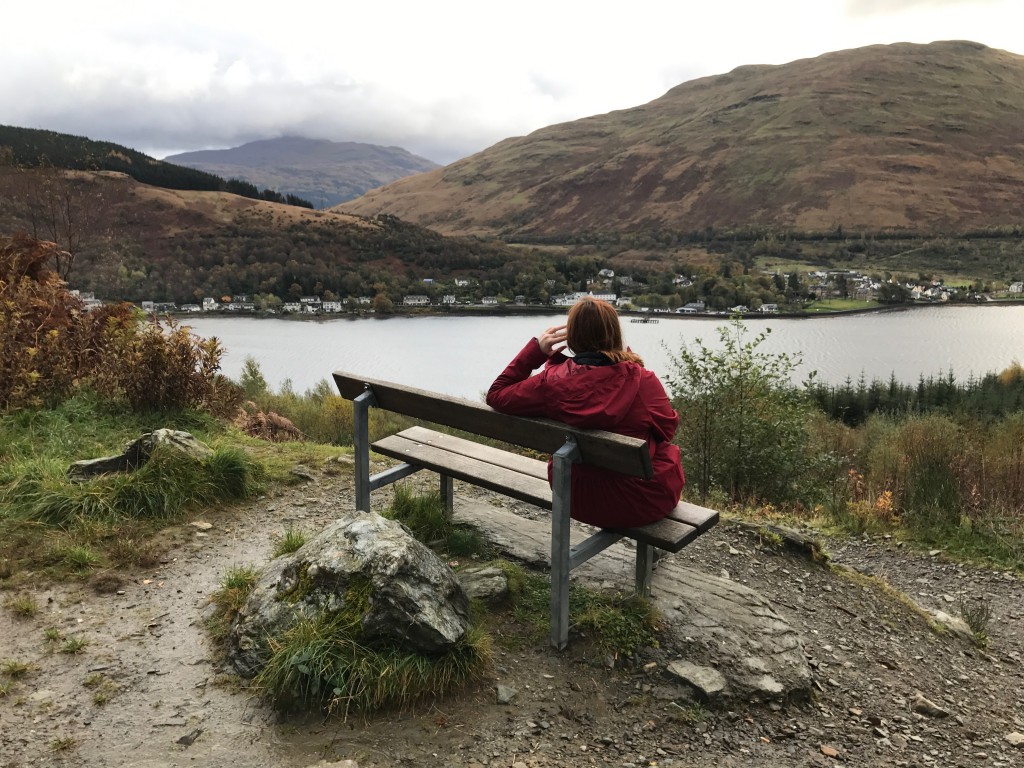 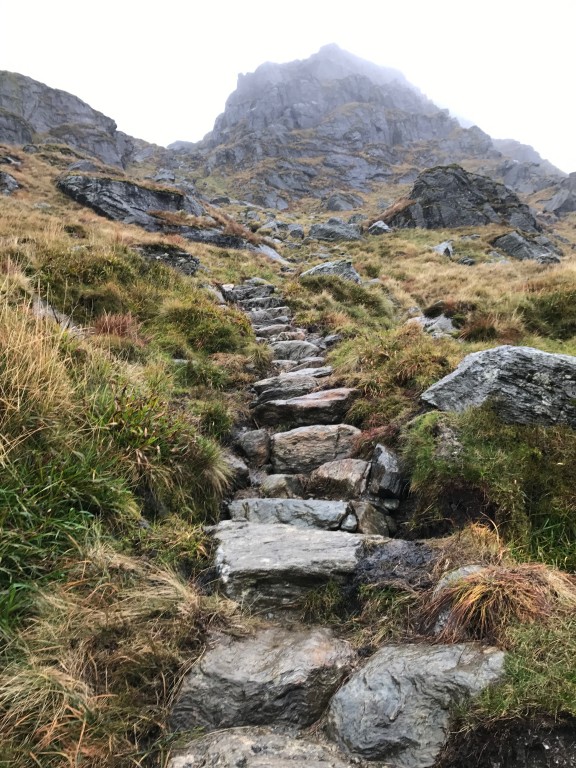 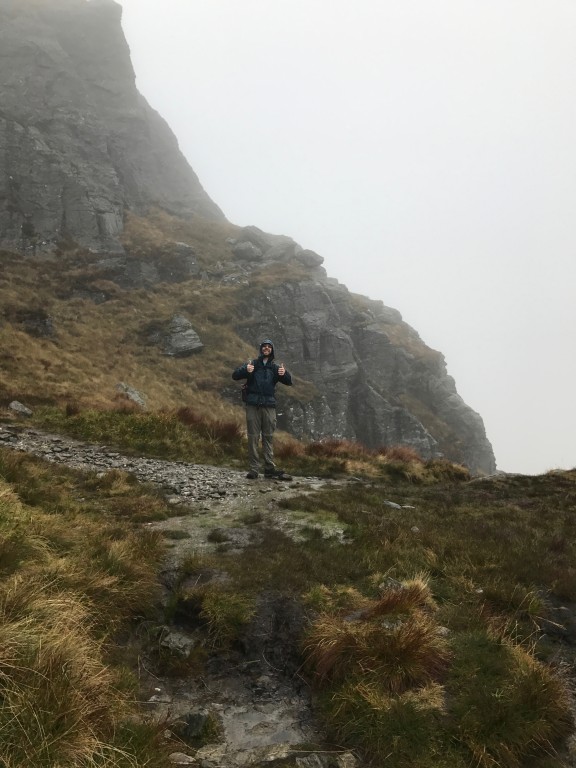 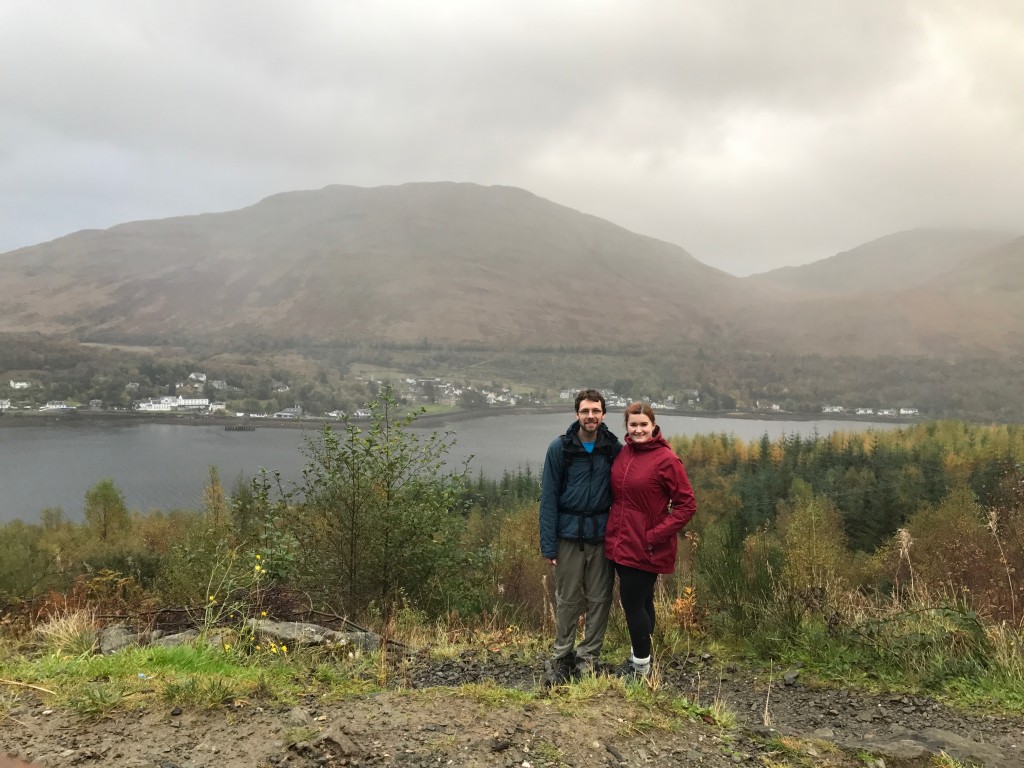