After a long work week, there is nothing I look forward to more than casual Friday. While I’m all for dressing up, 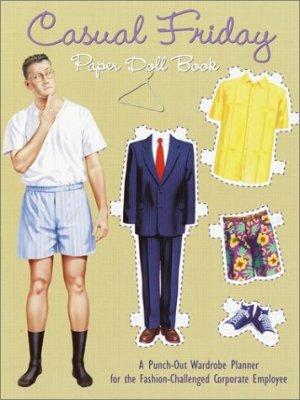 I do love the option of being able to come into work wearing jeans, tennis shoes, and a t-shirt, but it hasn’t always been this way. And that got me thinking, what is the history of casual Friday?
Whether looking back at old photos or watching period TV shows, white-collar Americans were required to wear more formal businesswear, including suits and ties, throughout the work week, even on Fridays. Interestingly, the history of casual Friday, and subsequently the casual businesswear market is all thanks to a few great marketing ploys.
We can thank Hawaii and their wonderful floral print Hawaiian shirts for putting the casual Friday jaunt in motion. While Hawaiian shirts are today more likely to be worn by tourists visiting the big island, Hawaii was one of the first to adopt a more lax dress code, allowing more casual businesswear during the hot summer months, dating as far back as the 1940s. Soon this break in the dresscode was marketed as “Aloha Friday,” which increased Hawaiian shirt sales, and allowed businessmen to wear more casual attire to the office on Fridays. Aloha Friday’s became an official part of Hawaiian culture in 1966.
As this notion of Aloha Friday drifted to the mainland, it was adapted as Casual Friday, a no-cost perk that employers could offer to their employees to help them be more relaxed. With a less formal dresscode, and no formula for the perfect casual Friday outfit, employers began to see employees becoming too relaxed with their outfits. Enter Levi’s and a great marketing campaign to reengergize sales, in 1992 they sent out 25,000 brochures to HR professionals to catalog different business casual looks. Not only did this marketing ploy save Levi’s sales, it also saved Casual Fridays.

In many offices today Casual Friday attire is a thing of the past and what is worn on a daily basis. While I look forward to this tradition of Casual Fridays, there is a new tradition sprouting called “Formal Fridays” – a day for the casual offices to dress up.
What does your office do, and which do you prefer?