[25faces_intro]
Jon’s and my trip to France and Norway was spent with two travel companions, Allan and Valeriya. Over the course of our two weeks together, I got to know Valeriya quite well and heard bits and pieces of her story.
Valeriya Kostova was born in Moscow, Russia. Her mother is Tartar and her father is Bulgarian. Shorty after she was born, her family moved to Bulgaria. She had a normal childhood, was a bit of a tomboy, and because she was always smiling, was called “Sunny Girl”. Valeriya has always had a desire for learning and is currently studying in Germany to receive her Master’s Degree in Interior Design. 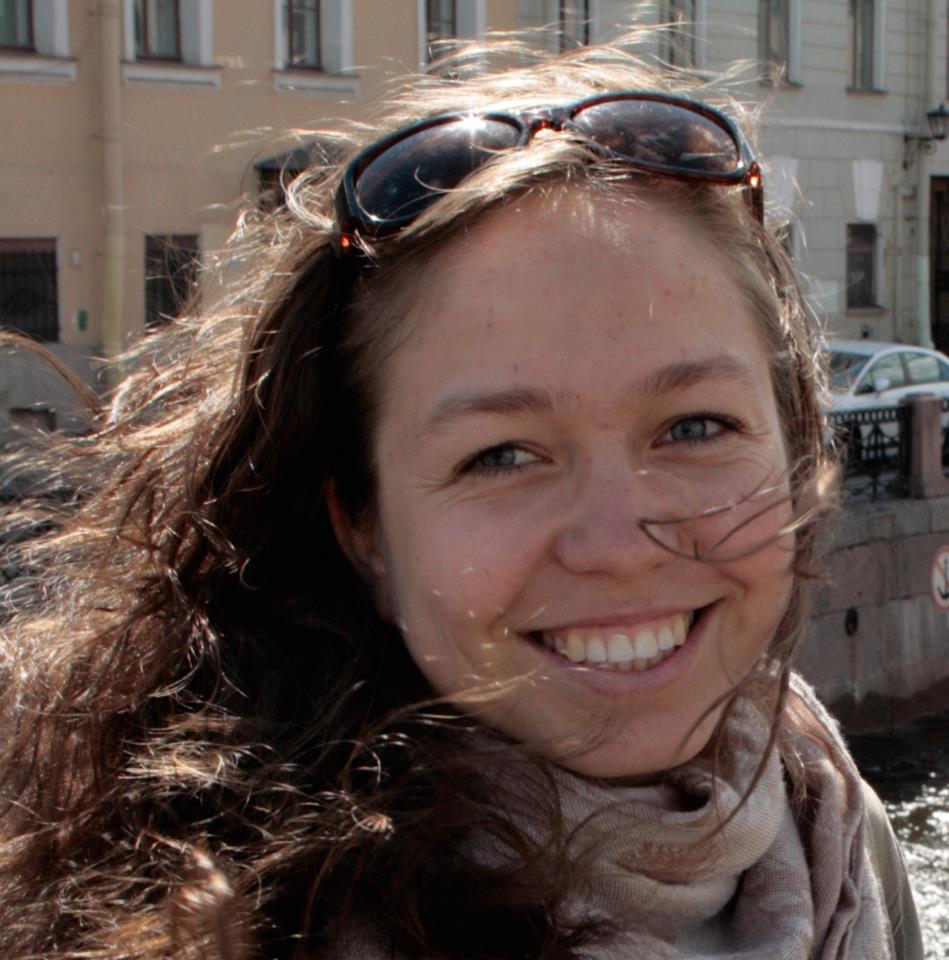 Kate: What was it like for you growing up in Bulgaria?
Valeriya: I was not from a family with a lot of money, and what would be considered middle class. My parents tried to do their best for my brother and I. We have family in Moscow so we visited, and still try to visit, as often as possible.
K: Why did you decide to study in Germany?
V: I love Bulgaria but sadly there are not a lot of opportunities to grow. In high school I had a German class, but still could not speak German well. I knew that I wanted to go out and study in another country but didn’t know English and my German was really bad.
In our country you cannot go to University without taking an exam, but most students couldn’t pass the exam without extra classes, so by the 12th grade anyone going to college was taking private classes. One day when I was coming to my German class, the teacher was late because she had been chatting with one of her former students before class. When the teacher arrived, she explained what happened, and I asked if we could invite this girl to class.  We invited her back and the girl talked about Germany, her life, the au pair program she had been in, everything. Because my German was so bad, I only understood about 30% of what she said.
I went home that night and told my parents about what happened and that I wanted to try the au pair program. I returned to school the next day and wanted to meet with the girl again.  I met with her mother, who happened to be the school’s cleaning lady.  She told me I was in luck because her daughter was still in Bulgaria for a few more days and gave me her number.  I met the girl, had coffee with her, and got the name of the company for the au pair she had participated in.  I contacted the company and also started looking at the Universities, and at the rankings for their Interior Design programs.  I already knew when I was in Bulgaria that I wanted to be in Interior Design and had been preparing to study it there.
The au pair exchange program found a family in Frankfurt for me who I would work for. I chatted with the family on the telephone.  I was excited because Frankfurt is also close to Darmstadt, which was where one of my top school was.
I started preparing the papers for the au pair program and went to the company on the 8th of July.  I remember this day because it was the last day to subscribe for the exams at the universities in Bulgaria and I said I’m not going to university here, I’m going to Germany.  My dad said to take this opportunity and try not to look back and not come back, as the education in Bulgaria was not as good as in Germany so I was hoping to go for a better opportunity. 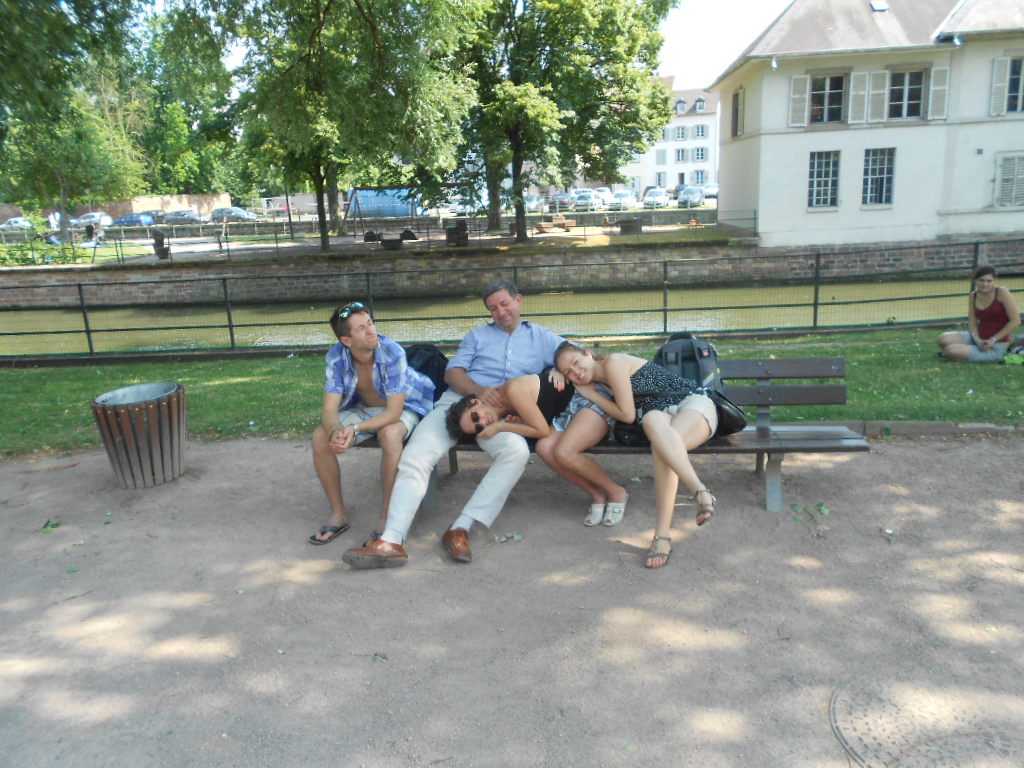 K: Can you tell me about leaving Bulgaria and coming to Germany?
V: The 13th of September, 2008, I’m never going to forget this day. I was 19 years old, and I couldn’t sleep the night before because I was moving very, very far away.  It was more than 2000 km [1250 miles] from home.  I woke up that morning and started crying.  But my mom talked to me and said that I am seeing a new possibility and if it doesn’t work out, I can always come back.  I said okay, and this gave me strength.  I went for the bus [to Germany] at about 2 in the afternoon, because planes were too expensive, and when it arrived I started crying, and so did my mother.  Even my brother did, which surprised me because he rarely shows emotion.  He also gave me a mixed CD with all my favorite songs from Bulgaria and Russia, including the National Anthems, children songs, everything.  It was an amazing going away gift.  Then I got on the bus and when I looked out, I saw tears in my dad’s eyes.  It was super, super hard.  I couldn’t stop crying for hours and hours.  We passed the Serbian border and I called my parents when the bus took a break.  Everyone was crying on the phone. The bus ride was 27 hours. It was not one of my favorite experiences, but still, it was an experience.  We passed through Hungary and Austria.  We arrived in Germany on the morning of the 14th.  I was super interested in everything I saw.  I absorbed as much as I could through the window because, “Oh my god, I have to live here now!”
In the afternoon, around 5 or 6, I arrived in Frankfurt. The father of the family picked me up and took me to the house.  I was sad, and felt lonely. Germans are nice, but a bit cold. I had my own floor, but I was also by myself. In Bulgaria, we make food, welcome people in when they get there. In Germany, it is different and I was feeling alone.
K: How did you adjust to Germany and being away from your family?
V: I had my first day, and even from my first day, I was surprised because the kids were really big [grown up] but the parents were still treating them like they were babies. The first two or three days were awful.  I just wanted home.  I was ready to leave all my luggage there and go to my mama. I was talking every day to my parents.  My mom was crying all the time, and it was hard for everyone.
A few days after I arrived I started my German classes, which was good because I met people there like me.  The mother had signed me up for C1 level classes, which was way above me. [C1 level is fairly fluent.] There were some girls from Russia and Ukraine, as well as Brazil and elsewhere.  Afterwards we went out to eat, and they all chatted and I heard about the same problems from these other girls. It gave me the strength to continue knowing that I wasn’t alone.
I started feeling better, because I knew I would get to go home for Christmas and see my family. In January I came back to Germany, which was hard.  My German course finished and I started looking for another one.  All the other au pairs were traveling around Germany, while I was staying home, listening to German radio, watching German TV studying the German language.  I also spent a lot of time with the kids’ grandfather.  We tried to talk together; we had so many things to talk about.  He actually became like my own grandfather. He just came into my heart.  We spent a lot of time just walking around and it was so amazing and nice. I still stay in contact with the family and try to go and visit them when I have opportunity. 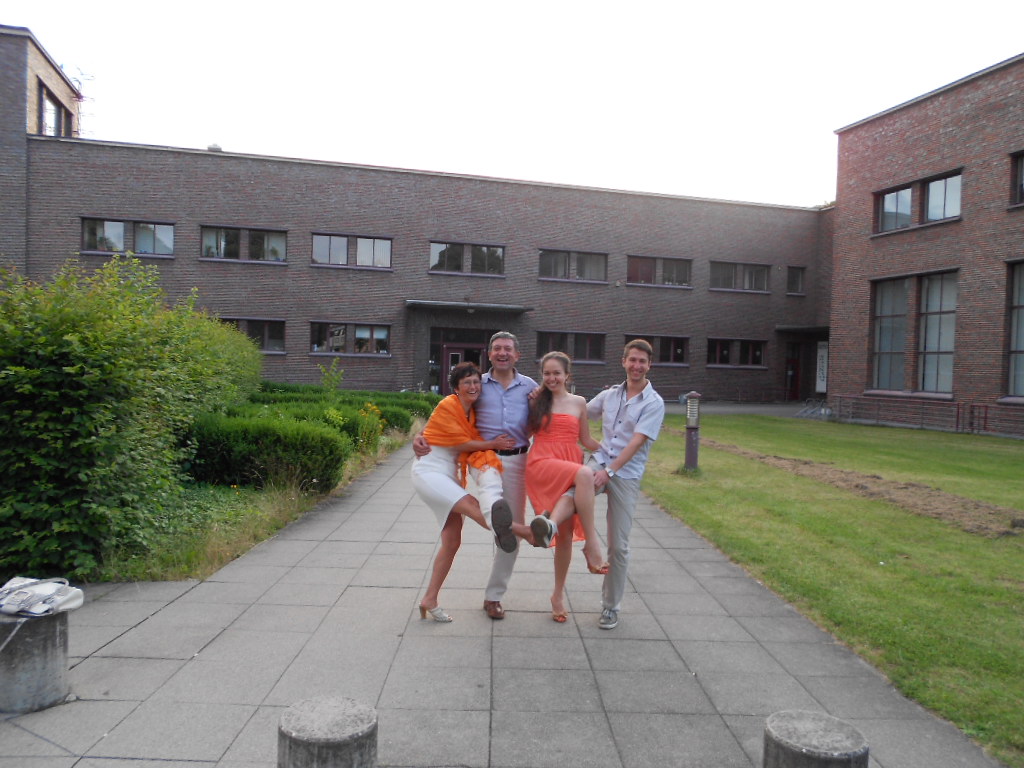 K: How did you feel when you received your acceptance into the German universities?
V: I got into two schools, Kaiserlautern and Darmstadt. But I hadn’t ever visited Darmstadt in person and never attended any of the university’s open houses, while I had done an entrance examination in Kaiserlautern, saw some of the professors, and knew some people. So when I got accepted to both I didn’t know what to do. Every day for a week I talked to my parents because I didn’t know what to do. Finally my dad said, “Make a decision, it will be the right one!” I don’t know why, but I decided to go to Kaiserlautern. Maybe it was the city, maybe it was the people, maybe the university. But I don’t regret a minute I have spent here. My dad was right, it was the right decision.
K: What does the future hold for you?
V: My goal in life is simple but difficult: I want to have a family. I want a husband who loves and supports me, and healthy kids. I don’t want a mound of money – I think money destroys people. I want a decent amount to give my children a good education and support them in things and give them a chance to travel, something I didn’t really have the chance to do. Not the life of super rich children, but a good life.
I also want to have the opportunity to support my parents in some way. They were always there for me and my brother and gave everything to make me the person who I am. They have always supported my brother and me in every moment, and made sacrifices for us. I am very thankful for what they have given me and without their support I wouldn’t have been able to do it. 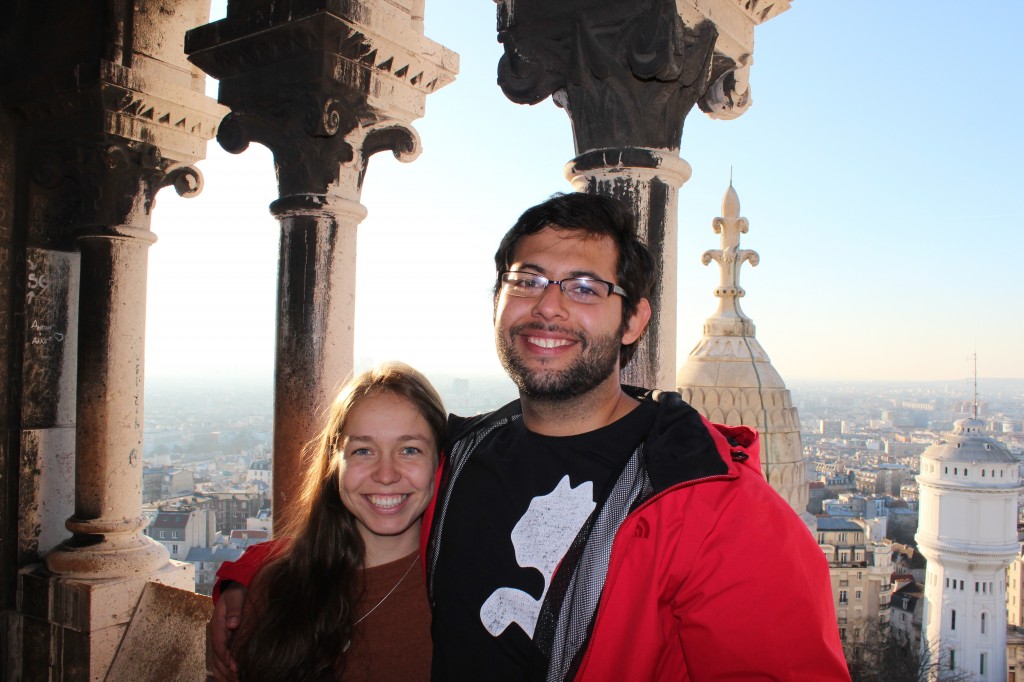