[25faces_intro]
Susan Blythe-Goodman currently works for Peace for the Streets by Kids from the Streets (PSKS) in Seattle as a GED Instructor with homeless youth. PSKS provides support and services to Seattle area homeless youth and young adults. PSKS targets their efforts to provide stepping stones to transition youths from the streets to self-sufficiency and productive roles in the community.
Susan is passionate about providing educational opportunities to youth and young adults. As a GED Instructor, she teaches classes Monday-Friday afternoons to help students prepare to take (and pass!) the GED. They study Math, Language Arts, Science, Social Studies, and test-taking skills. A lot of the work is helping students work through their negative association with school, overcome their test anxiety, and build confidence in themselves that they can succeed.
Susan helps students learn their learning strengths and styles as they study content for the GED, so that more than anything they are leaning how they study and learn. The goal is to leave the Re-Inventing Steps to Education (RISE) program with a sense of how to do this work on their own as they continue with their education. 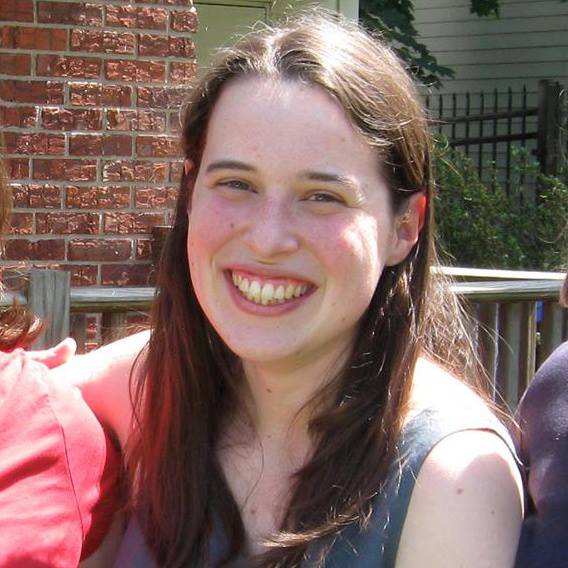 Kate: How did you get involved in the PSKS organization?
Susan: After I finished grad school, I was still pretty new to Seattle and wasn’t sure exactly where I wanted to go within the education field. I spent a year volunteering with SEA, a non-profit that helped students who had dropped out fulfill the GED requirements and pursue higher education. I loved GED work more than any other teaching, because it was working with students who were incredibly dedicated to working on an education, and needed help finding an alternative way after being dropped by the mainstream system.
When I finished my year of service to Seattle Education Access (SEA), I looked for other opportunities in the same field, and found the opening at PSKS. The more I learned about PSKS, the more excited I became. I love that PSKS is a bottom-up organization, all policy and procedures come from a group of youth called the Core. They meet every other week and tell the staff and board what programs they want to see as homeless youth. Right now they have volunteers running meditation and mindfulness workshops on Mondays, craft days on Wednesdays, and drumming classes on Fridays. It’s amazing how many programs they create for themselves with no funding, just dedicated individuals.
PSKS attracts a lot of youth who have been kicked out of other services. When they come to a center where they get a voice in how things go, it changes the way they behave. Starting with asking them what they need from a center puts the relationship in a different place, and gives them a sense of ownership. If a drug deal is happening outside of PSKS, it’s usually another participant who notices and asks the parties involved to take it three blocks away from the center. I’ve seen participants walk away from someone trying to escalate them, saying to me they respect the center too much to get in a fight in front of it. The buy-in from the youth can be a really powerful thing. 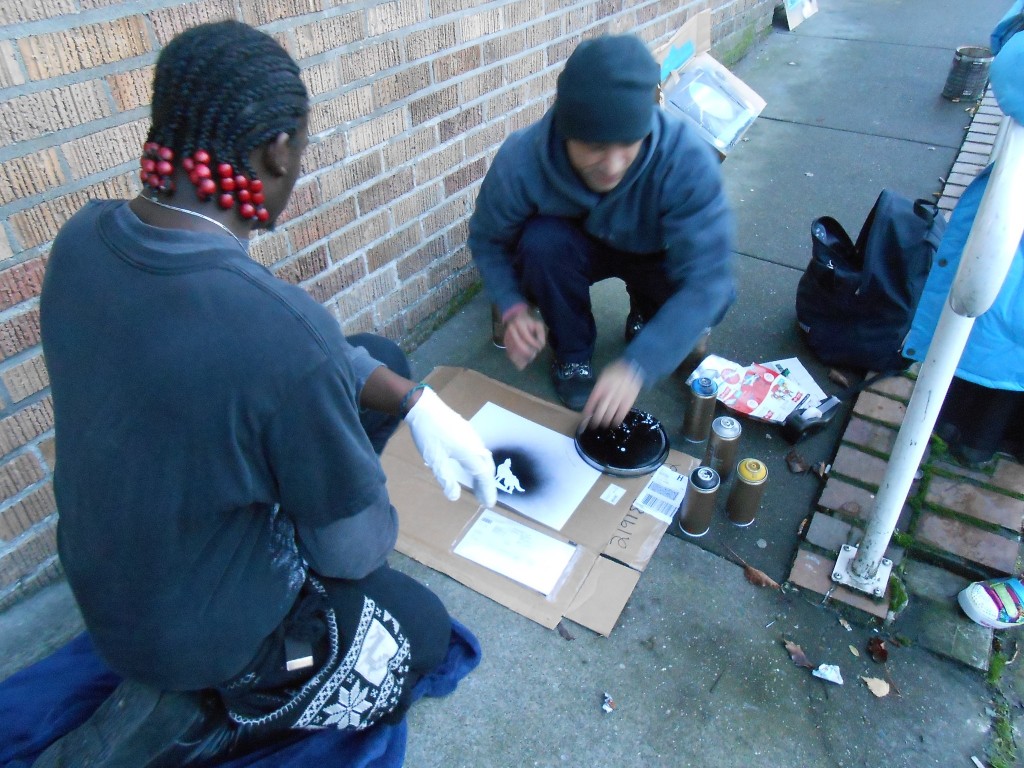 K: Why is working with individuals to obtain a GED one of your passions?
S: I care a lot about alternative education. I think having a strong public education is an important thing for our society, and I have a lot of respect for public school teachers who are trying to reform that system. However, my passion has always been to find the youth that fall between the cracks of that system and meet them there.
I have a lot of students with learning disabilities come into my classroom. They’ve tried the mainstream path, then one of two things happen. They can’t learn that way, get frustrated, and quit. Or they can’t learn that way, get frustrated, act out, and get kicked out.
Because of our smaller size and individualized set up, we’re able to work together to find their learning strengths. Some students hate worksheets and need to use Khan Academy (a free math website) instead. Some students need to read the material then design their own assessment. Some students need to take things really slow and learn piece by piece, step by step. I get to really figure it out with each student, and design an education plan with them based on their needs. Being able to run my program this way is preventative for escalations. Sometimes I’ll sit down with students who tell me they have anger and aggression issues when we first meet. We come up with a plan for how they’ll deal with it, but oftentimes they don’t get angry when they’re education needs are being met in a way that makes sense to them. 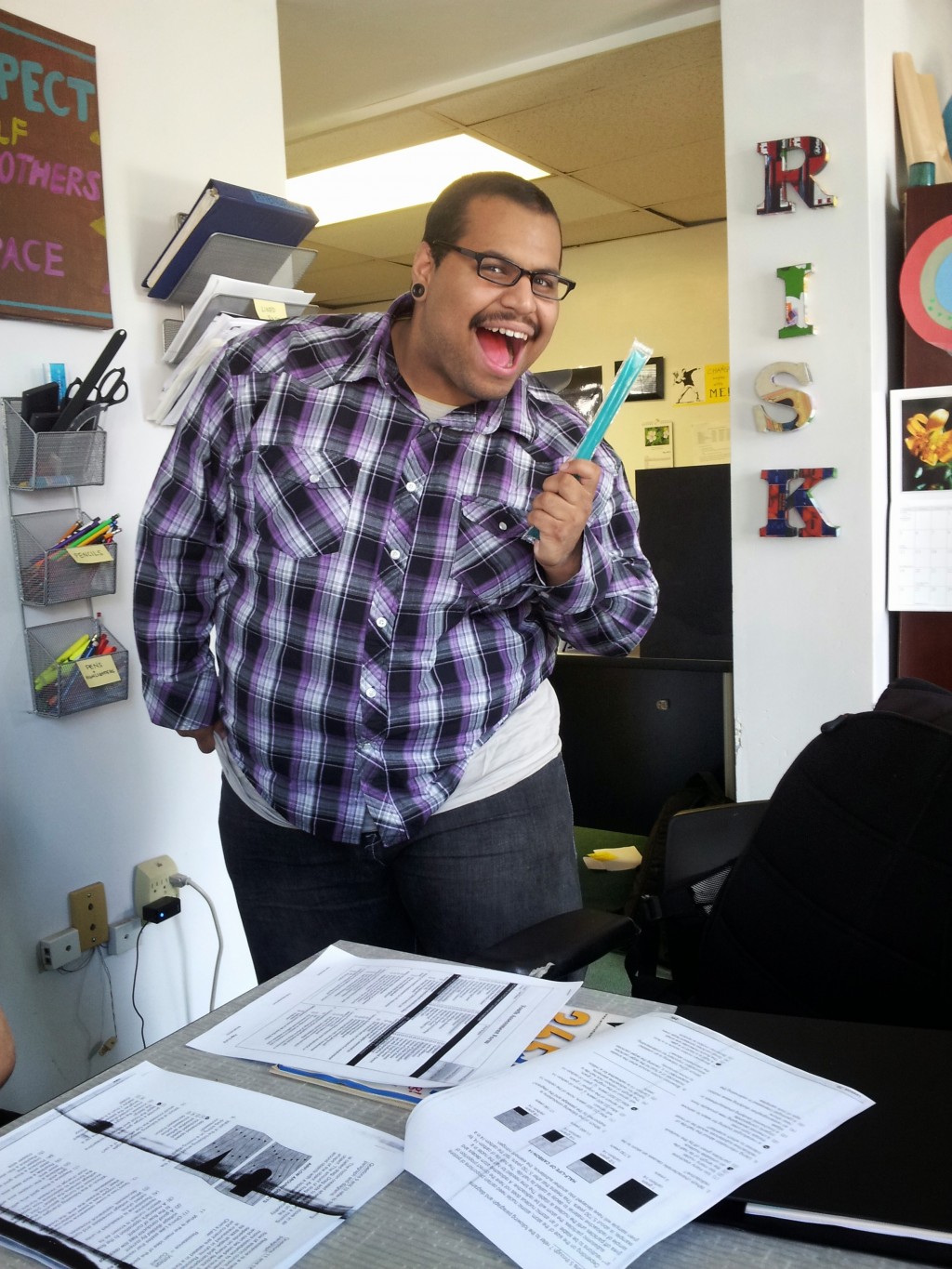 K: What has been the most rewarding aspect of working in this field?
S: Seeing some amazing students start to build some confidence. After failing out of systems, most youth really lose faith in themselves. Working with them in the classroom gives me a chance to try to create a safe space for them to build up their skills and start to believe in their capability. Sometimes a student comes in with a problem and as a teacher or service provider we immediately want to fix it. When I intentionally hold back from that instinct, and instead create an environment where the student feels comfortable figuring out how to fix the problem themselves, I get to see the long-term impact that has on their self-esteem, and it is really great.
One student right now is transitioning from street life to a college dorm. He’s going through some major culture shock. I know this student is going to continue to be upwardly mobile and ambitious in his goals. He’s going to continue to face culture shock in his life, so it’s amazing to see him develop the coping skills now. I have faith in him, and that through this experience he will develop the tools to educate peers with little to no awareness of homelessness issues, which can be a frustrating task. 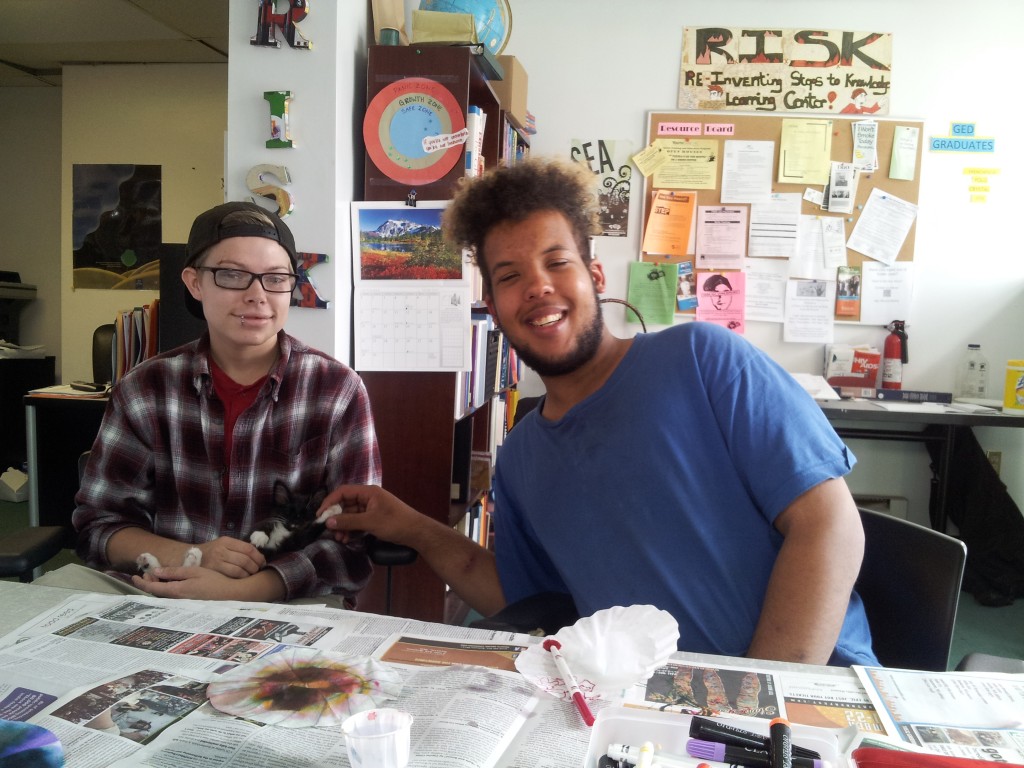 K: Do you have any success stories you can share of how the PSKS program has positively impacted the lives of at-risk youths?
S: So many of the students are success stories in my mind! There was one young man who was in a traditional high school with a music scholarship set up for college. When he came out to his mother, she kicked him out and he ended up on substances as a way to cope. As soon as he was able to work his way into housing he was able to quit, and he came to RISE and worked through his GED in a few months. Now he’s applying for college again, working in a few restaurants, and trying out for different choirs. His story is amazing to me because he had a good set-up that went wrong, and he still worked his way back to a stable pathway for himself. It frustrates me that he had to go through a rough period for being honest about who he was, but I’m so proud to see what he’s done for himself despite the barriers and obstacles that were placed in his way.